If you are using Internet Explorer 9 or an older version, some functionalities might not work properly. We recommend you using browsers such as Chrome or Firefox
Interior Design Consultants
PMA Design / Media / Design / Project: Comfort Inn Hotel – Mont Laurier, Quebec – Renovation Public Spaces

Canadian Lodging News – Before & After

MONT LAURIER, QC-Mont Laurier, QC is strategically located on a major highway in the Laurentians north of Mont Tremblant. With 40 rooms, it attracts sports teams, salespeople and business travelers. In November 2012, the owners contacted Patricia McClintock & Associés Inc. They had already worked on the guestrooms-they were ready to address the lobby.

The results, completed in time for last month’s holiday season, included construction of a port cochère at the entrance, and a lobby that is almost double in size going from 480 to 775 square feet.

“Lobbies have become a focal point, an introduction to what a property has to offer,” said
Patricia McClintock, principal of the Montreal based hospitality design firm. “The traveler is more intent on making the lobby an interactive experience.”

By increasing the size, they also improved access to the front desk, improved the look of the front desk, and added more seating and a fire place. The designers opened up the lobby by adding windows.

“Before, the lobby was small with not enough seating, darker and typical of a small town hotel”, said McClintock. The new design incorporates artwork consisting of glass panels with pine trees and snow caps, typical of the area.

“While hotels are looking at standard amenities for the brand , they also want people who are travelling to remember where they went. The investors wanted to introduce a sense of wow and a sense of place.

“Mont Laurier is on the road to Baie James [James Bay]. We created that sense of place through the artwork, through the type of colouring. Quebec has its own specificities; it’s more daring, with more of a Latin influence. We put in a fireplace, where before there was none. It says, ‘come in, it’s cold, stop and see our welcoming fire place.’” 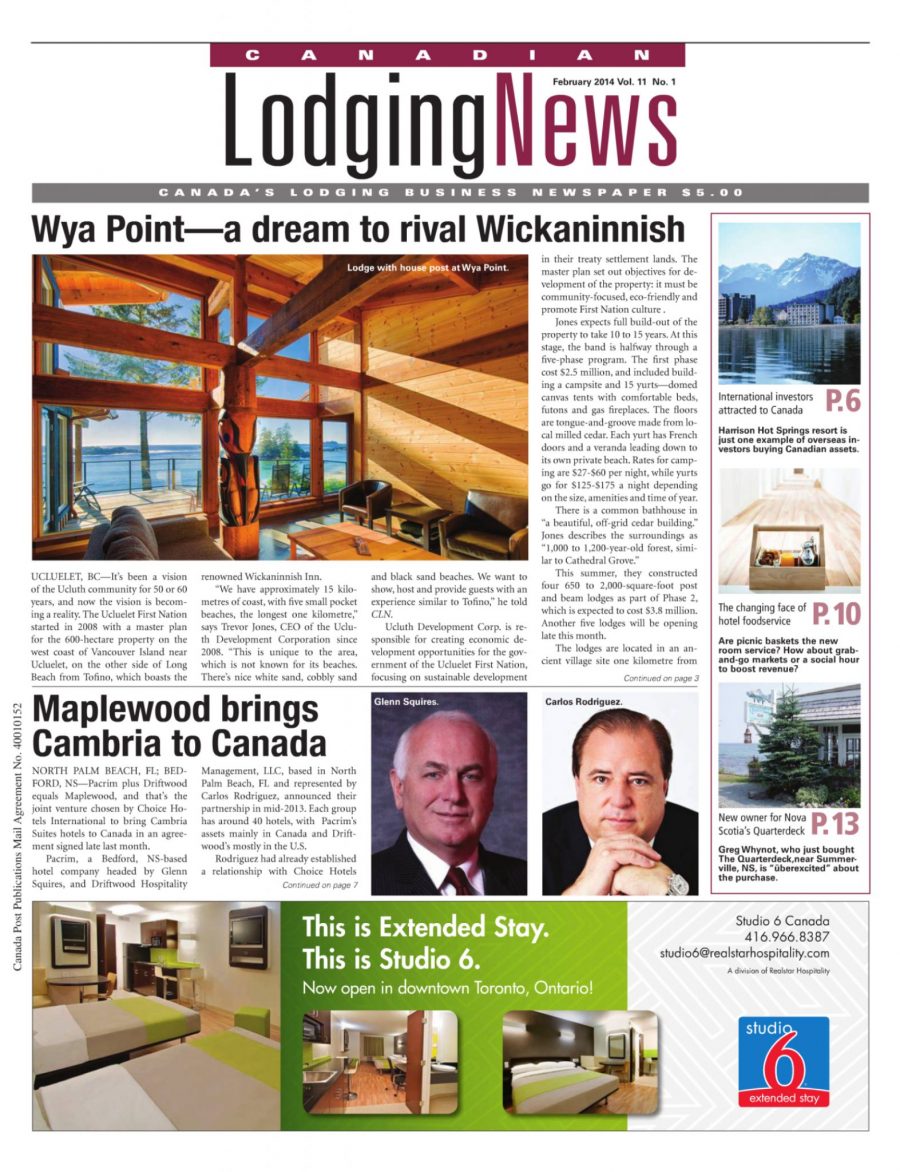 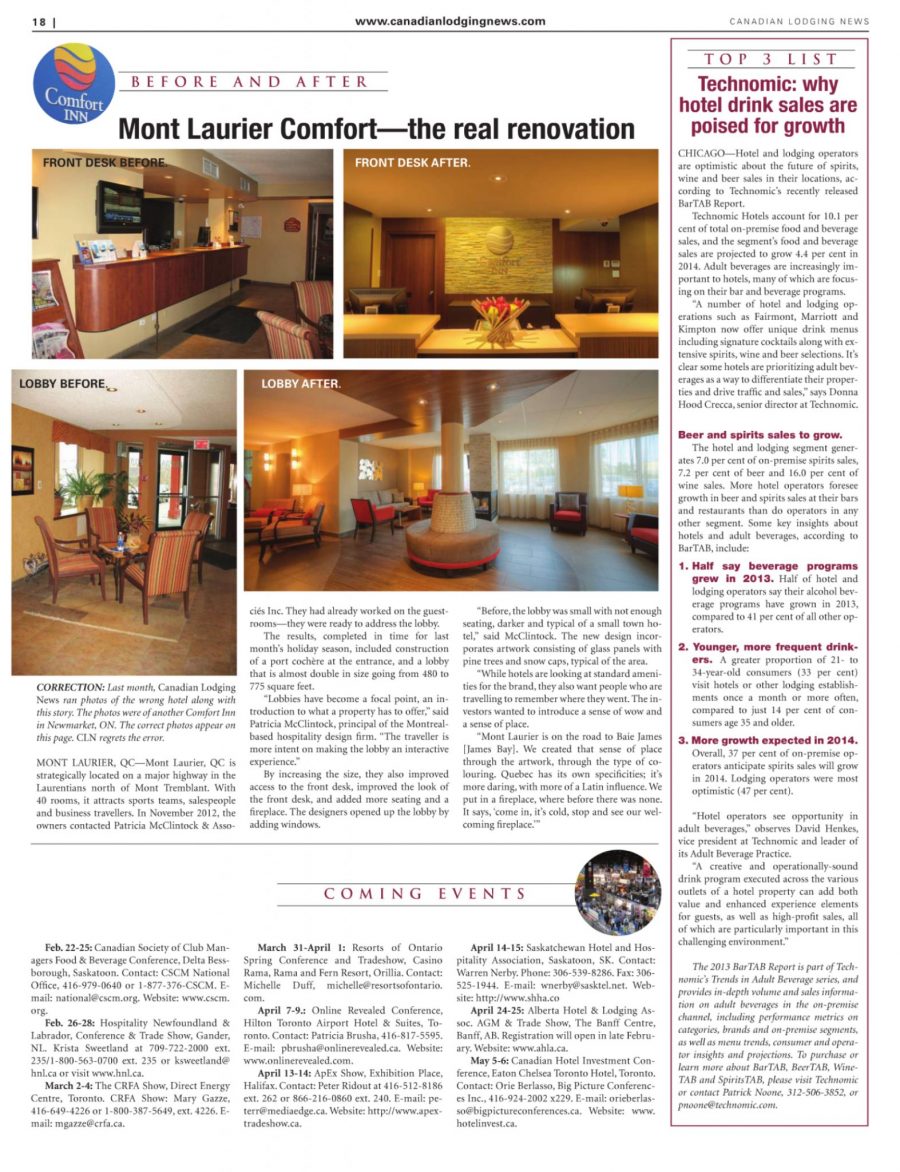